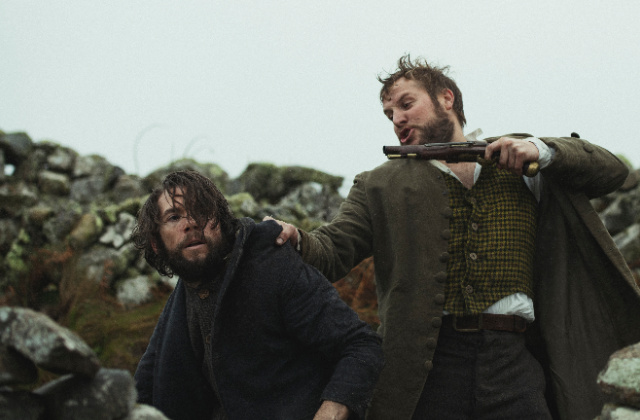 
1845. The Great Hunger begins.
Colmán Sharkey (Dónall Ó Héalai) is a fisherman living on the shores of Connemara.
In an attempt to advocate for his starving community, Colmán visits his Landlord (Michael McElhatton) to plead for clemency in the face of continued tax hikes.
After a violent altercation forces him on the run, he fleas to an island cave, living in isolation for many years.
Starving, grieving, on the verge of giving up he meets Kitty, a sick young girl (Saise Ní Chuinn) and a life-saving friendship develops.
He teaches Kitty to fish and they find a way to live together. But the past is never far and a ruthless bounty hunter is continues to search for Colmán Sharkey…

‘’A striking feature debut…this tough little drama/thriller benefits from an unusual setting and a flinty approach.’’ -