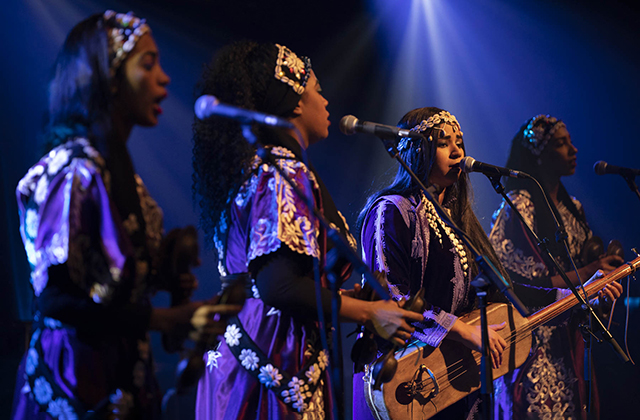 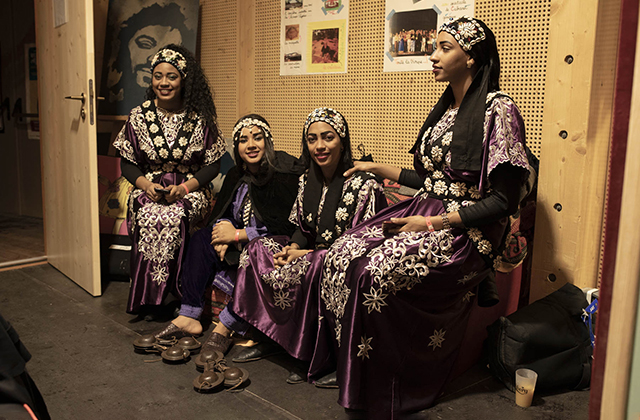 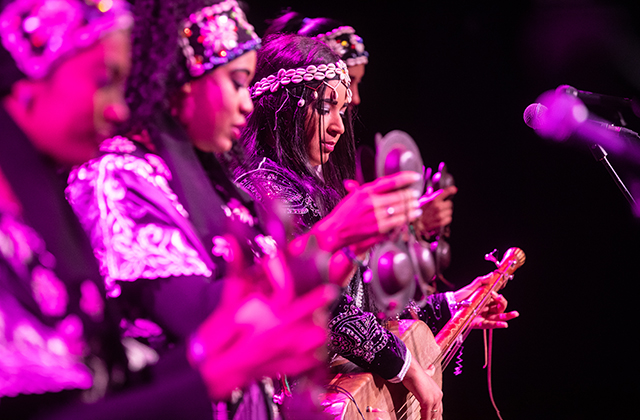 Asmâa Hamzaoui assimilated the Gnawa musical tradition from a young age through her father, renowned musician Rachid Hamzaoui, learning to play the guembri (three-string lute) from an early age and later accompanying him at celebrations. She formed Bnat Timbuktu in 2012, gradually winning over audiences, until their breakthrough invitation to the Gnaoua Festival of Essaouira in 2017.

Their taboo-busting performance, and jamming with Fatoumata Diawara, won them invitations to major festivals in Europe and the USA, even without a recording to their name. Asmâa still comes up against opposition from some Gnawa traditionalists but as she says: “They can talk, but here I am working and they’re just talking.”