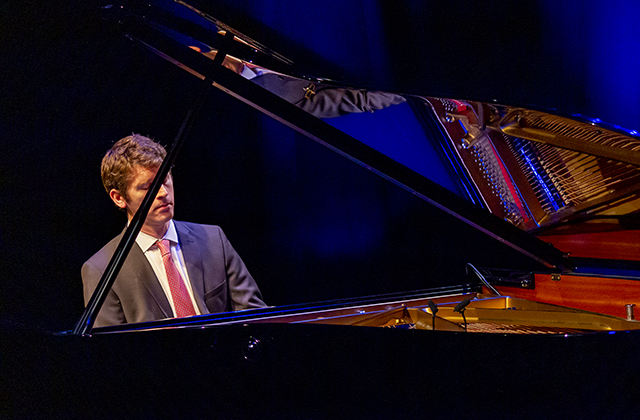 
One of Ireland's most successful musicians, Dubliner Finghin Collins returns to Pavilion Theatre for a solo performance and an unmissable evening of music.
Since studying at the Royal Irish Academy of Music with John O'Conor and at the Geneva Conservatoire with Dominique Merlet, Collins has developed a flourishing international career that takes him all over Europe, the United States and the Far East.
He has performed with such orchestras as the Chicago Symphony Orchestra, London Philharmonic Orchestra, Royal Philharmonic Orchestra and more, garnering consistent praise from critics and public alike.

"Finghin Collins has long been the most successful Irish pianist of his generation.”