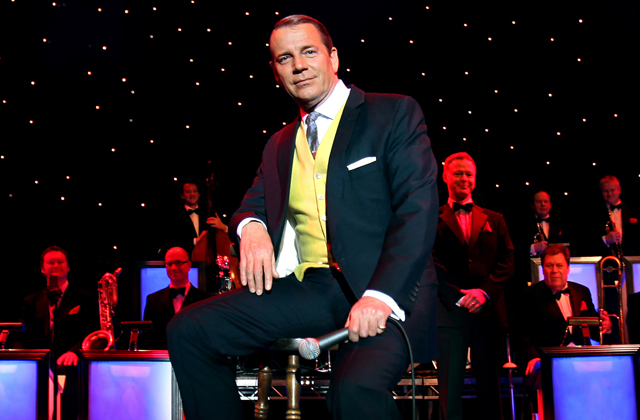 Up Close and Personal

The West End’s Rat Pack star Stephen Triffitt performs the legendary Sinatra’s greatest hits. Accompanied by his band, Stephen offers a glimpse of the genius that was Frank Sinatra.
Stephen Triffitt played Frank Sinatra in the West End’s original production of Frank, Sammy and Dean - Live from Las Vegas, which ran for eight years in the West End. He has performed across the world on a regular basis from LA to Moscow with The Definitive Rat Pack.
Book Now

"[A] faithful recreation of Old Blue Eyes' mannerisms, voice and phrasing... you’d swear you were listening to the original"