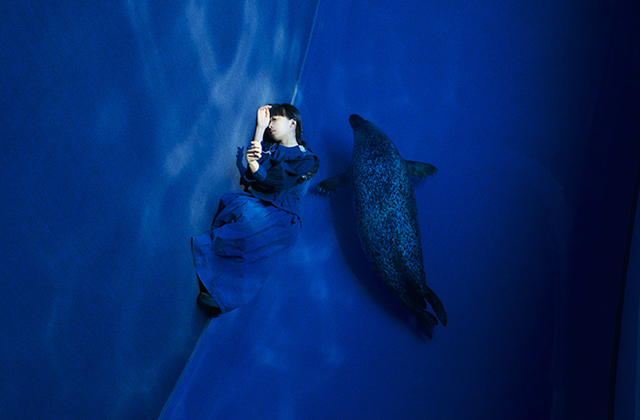 Her seventh album Windswept Adan is a singer-songwriter album, a concept album, a piece of chamber music, and a contemporary orchestral work. It is heavily influenced by jazz, by folk and by impressionistic classical music. It is a soundtrack to an imaginary film; it is an album that tells a story; it is a piece of fantasy science fiction set to music; it is a sonic voyage through the East China Sea.

"Aoba’s greatest strength is her ability to create pockets of intimacy. The Japanese singer-songwriter’s breathy vocals and placid guitar playing, often the only sounds you’d hear on her records, create a hypnotizing shroud that makes you feel like she’s performing for you alone"