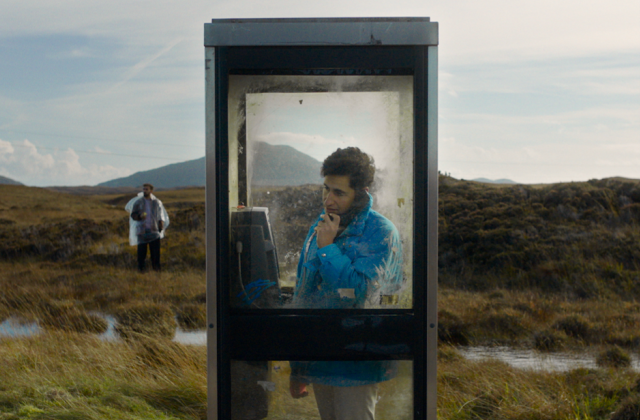 Omar (Amir El-Masry) is a young Syrian musician stationed upon a fictional remote Scottish island, where he and a group of new arrivals await the results of their asylum claims. Omar shares his accommodation with Farhad, a Freddie Mercury fan who fled Afghanistan; Nigerian Wasef, who dreams of footballing glory; and Abedi, a reluctant realist.
Isolated from his family and any sense of belonging in a strange land, a broken arm leaves Omar feeling further adrift and unable to play his grandfather’s oud (a stringed instrument), which he has carried all the way from his homeland.
Grounded by El-Masry’s tender and understated performance, Limbo deftly balances comedy with melancholy, to create a wonderfully touching story about wanting to belong.

“★ ★ ★ ★ ★ What a thoroughly wonderful sophomore feature from the British director Ben Sharrock - witty, poignant, marvellously composed and shot, moving and even weirdly gripping.”