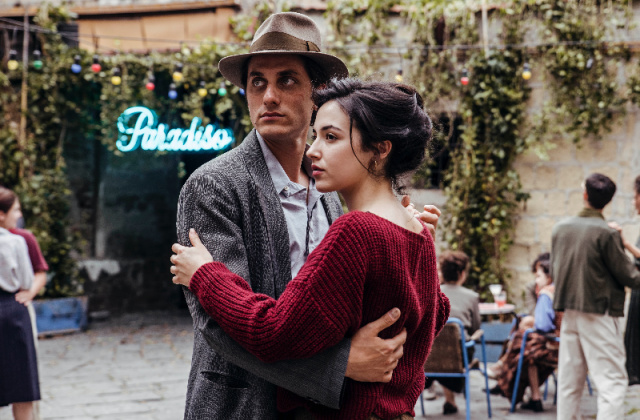 
Based on Jack London’s 1909 novel, Pietro Marcello’s Martin Eden chronicles the life of an uneducated sailor (Luca Marinelli) who falls for wealthy Italian beauty Elena Orsini, and is subsequently inspired to become a writer.
Yearning to transform himself to prove his worth to Elena, Martin immerses himself in literature and politics. Irrevocably emerging as a fierce critic of the ruling class, Martin comes into conflict with Elena’s family.
Relocated to early 20th century Naples, Marcello’s film cleverly blurs past and present to create a mesmerising portrait of a timeless anti-hero caught within the flux of history. The director seamlessly interweaves archival footage of the city and its people throughout, resulting in a richly textured film of lush visual pleasures.
Festivals
Venice International Film Festival 2019
Toronto International Film Festival 2019
BFI London Film Festival 2019
Virgin Media Dublin International Film Festival 2020

“★ ★ ★ ★ ★ In theme and appearance, Martin Eden straddles such Italian cornerstones as De Sica’s Bicycle Thieves and Bertolucci’s The Conformist. It’s a sweep of cinematic history earned by the film’s aspirations. No film could replicate the tragic weight of London’s work, but this comes awfully close.”

“Spellbinding. One of the best films of the last decade.”