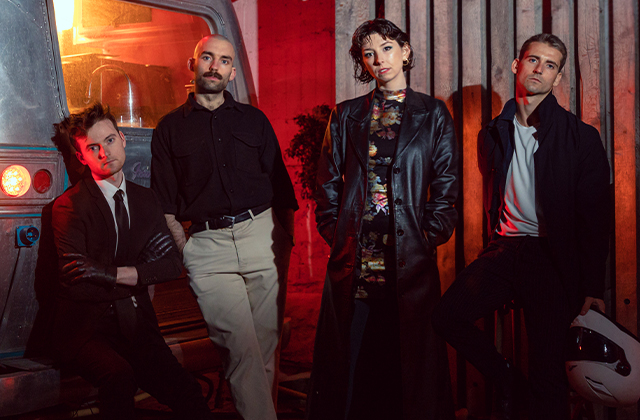 
The Choice Music Prize nominated debut album from Soda Blonde may be called Small Talk, but if there’s one thing the Dubliners do not do, it’s mince words.

The entirely self-produced album sees the group reflecting on their twenty-something experiences with refreshingly honest transparency.

They have been playing together since their early teens, with their previous band: the internationally renowned Little Green Cars, whose seminal debut album skyrocketed to number one on the Irish album charts.
O’Rourke is the first to admit that when Little Green Cars called it a day, she felt lost. But a career shift for the four musicians wasn’t in the cards – and Small Talk is self-evident proof, different than anything the group have released before, but carrying on its back all the things they’ve learned.

"Whether she’s pleading... losing the rag... or causing pop lover’s hearts to swoon with magical choruses... [O'Rourke] is a major talent"