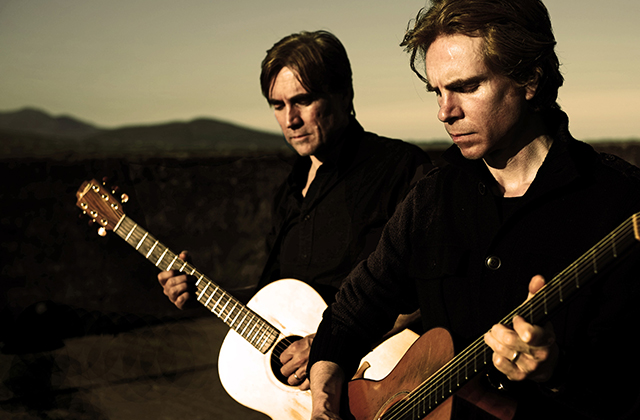 Following a year and a half of lockdown and performing on line, The 4 of Us are raring to go with their new live acoustic show, showcasing new songs as well as songs from their extensive back catalogue.
Don't miss this chance to catch them live at Pavilion Theatre!
The 4 Of Us shot to early fame towards the end of 1989 with their debut 'Songs for the Tempted', which featured the massive hits Mary and Drag My Bad Name Down. The follow up 'Man Alive' made Q magazine's prestigious Top 50 Albums of 1992 and included the UK Top 30 song She Hits Me.
Blending contemporary roots with rock, the award-winning The 4 Of Us band was formed by brothers Brendan and Declan Murphy from the border town of Newry.
Unable to tour during lockdown, thousands have enjoyed logging on to FB Live to see them perform tunes from 2016's career highlight 'Sugar Island' right back to their 1989 debut 'Songs for the Tempted', which first put them on the pop map with Mary, as well as their latest lockdown inspired radio hit Waiting Game.
The regular rehearsing required for each live-streamed show has helped keep the brothers match fit, as Brendan explains:
"Considering that we've been off the road for a year and a half now, I actually think that we've got better, and while performing online is great, there’s nothing like the thrill of playing live on stage”.
With special thanks to the Department of Culture & Arts Live Performance Support.
Book Now