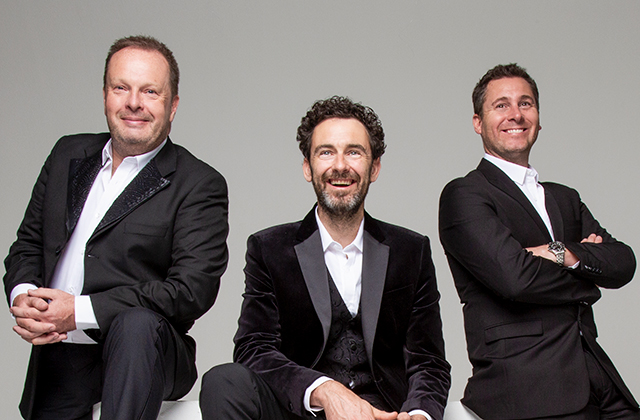 Three tenors, one voice.
The Celtic Tenors are back performing classical arias, a capellas, hauntingly beautiful Celtic harmonies and popular contemporary songs.
The charismatic, globetrotting trio are the most successful classical crossover act to emerge from Ireland. They sing songs they love and they most certainly don’t take themselves too seriously! It’s all about the music, the harmonies and the fun.
They are the only tenor group with a truly global audience playing to packed houses across the US, Canada, Europe, Australia and Asia. They have given private shows to World Leaders including Bill Clinton and Kofi Annan.
With a polished international reputation and over one million albums sold worldwide, Matthew Gilsenan, James Nelson and Daryl Simpson offer something truly unique: the skill, range and ability of world-class tenors combined with the personality and fun of genuine showmen.
Book Now

"Prepare to be wowed"