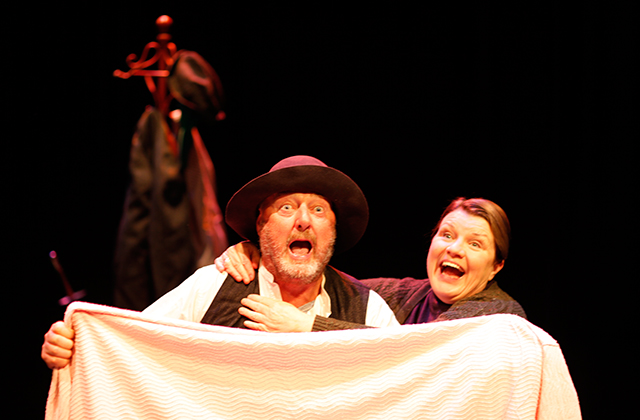 Dicky Mick Dicky O’Connor is going on his holidays to Ballybunion, but before he does he’s going back to Pavilion Theatre up in Dublin one last time to arrange a few matches for the lost and lovelorn.
Based on the novella Letters of a County Matchmaker, John B Keane’s beloved hit comedy follows the efforts of Dicky Mick Dicky O'Connor to make matches for the lonely and lovelorn from all parts of the country.
Starring Mary McEvoy and Jon Kenny, together they play a myriad of characters in this hilarious and earthy dramatic comedy.
At the centre of this celebrated production is Keane’s marvellous and mischievous wit coupled by his unparalleled way with words, taking us back to a simpler time, when even phones were few and far between and the only web was one left behind by spiders.

★★★★★ “A classic that continues to entertain”

"I saw it, laughed, cried, loved it and went again."