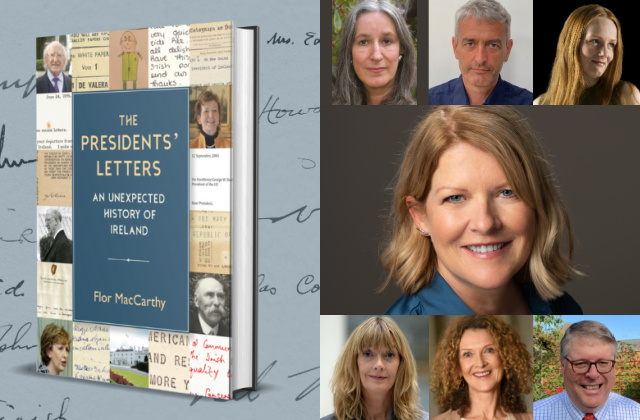 With over 400 letters, memos, cards, telegrams, drawings, notes and photographs, Flor MacCarthy’s delightful anthology The Presidents’ Letters reveals a personal and unexpected story of Ireland since the inauguration of our first president, Douglas Hyde.

Most of these have never been published before and a handful have never been seen by the public. There are letters of joy and loss, begging letters and threatening ones, sent from palaces, parliaments and prisons, from war zones, refugee camps and homeless shelters.

These correspondences bring to life our presidents, Áras an Uachtaráin and all those who have passed through its doors.

Flor MacCarthy will discuss the key themes with some of the contributors to her book, which was shortlisted for TheJournal.ie’s Best Irish-Published Book of the Year, and there will also be readings from selected letters.

Join us for a stimulating evening of Irish history as seen through the writings of our past presidents.

"A fascinating treasure trove from the Áras"

The Cavalcaders by Billy Roche