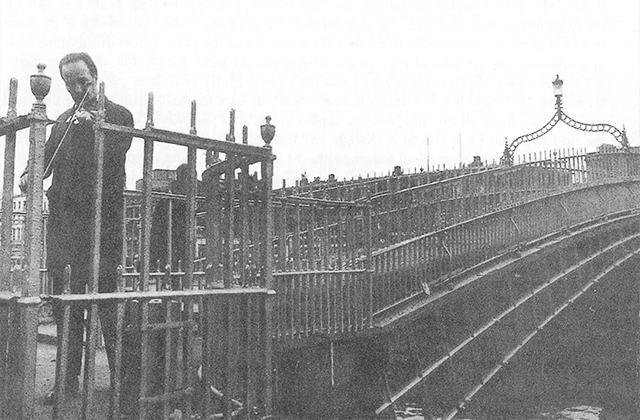 50 Years of the Liffey Banks


To celebrate 50 years since the release of The Liffey Banks, the iconic album by Dublin fiddler Tommie Potts, the Dún Laoghaire Folk Festival plays host to a special afternoon in memory of the enigmatic Dubliner.

The programme begins with a screening of Tommie Potts: The Fireman Fiddler of the Coombe, a film exploring Potts' life both as a musician and as a Dublin fire fighter, including his involvement in what was described as "one of the most traumatic events in the Brigade's history", and is followed by a discussion and Q&A with family, musicians and members of Dublin Fire Brigade.