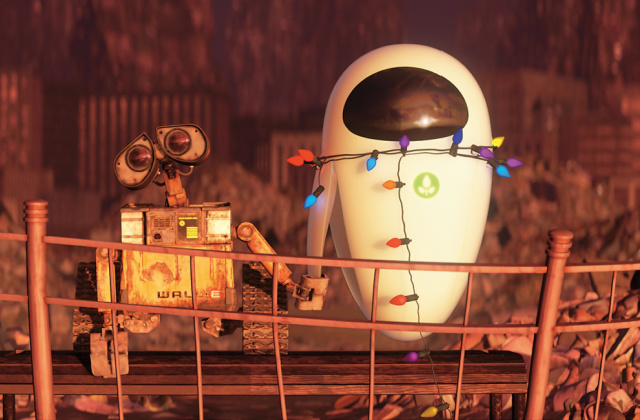 
When Mankind is forced to abandon the Earth, the waste allocation robot WALL-E is left behind.
For hundreds of years he continues doing the job he was made for until he encounters EVE, a search robot sent to explore whether the planet has become habitable again.
This award-winning animation from Finding Nemo director Andrew Stanton is genuine, moving and beautifully crafted.

“★ ★ ★ ★ ★ … daring in its simplicity … there’s nothing here that’s not wonderfully imagined and lovingly presented.”