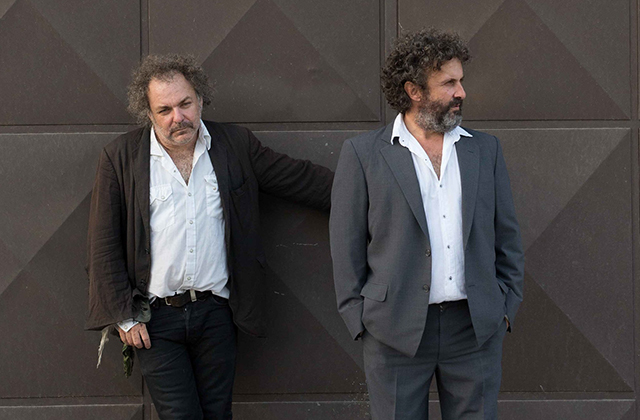 
Xylouris White is firmly rooted in the past and future. Playing Cretan music of original and traditional composition, the band consists of Georgios Xylouris on Cretan laouto and vocals and Jim White on drum kit. Xylouris is known and loved by Cretans and Greeks at home and abroad and has been playing professionally from age 12.

Jim White is an Australian drummer known and loved throughout the world as the drummer of Dirty Three, Venom P Stinger and now Xylouris White. For the last four years these two men have been performing as Xylouris White, the culmination of 25 years of friendship forged through music and place.

Special Guests: Eoghan Ó Ceannabháin and Ultan O'Brien
Special guests Eoghan Ó Ceannabháin and Ultan O'Brien’s debut album Solas an Lae' (The Light of the Day) is a compelling exploration of the relationship between voice and fiddle, creating a unique dialogue that blends raw, rugged earth with the ethereal otherworld.
They have created a duo album that emerges viscerally from the sean-nós roots of upbringing to blossom into two of the most articulate Irish musical voices on the scene today. Dublin-based with Clare and Connemara connections, Eoghan and Ultan have been playing together for many years in bands including Skippers Alley.
Book Now