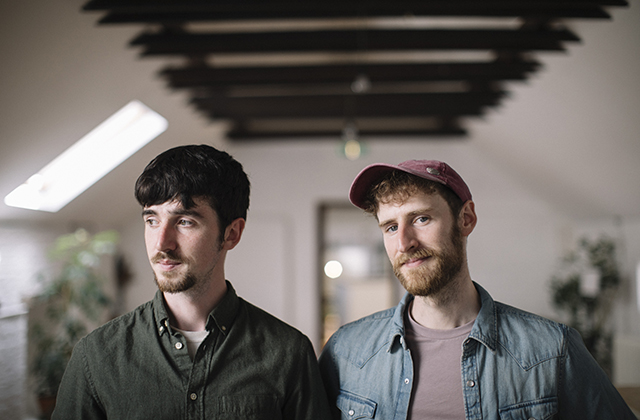 
Brothers Brían and Diarmuid Mac Gloinn grew up playing music together around their hometown of Carlow, a small town in the southeast of Ireland. After moving to Dublin in 2012, they quickly became a staple of the live music and session scene in Ireland, playing their own original songs as well as folk songs from Ireland, Scotland, England and America.

Since then, they have been busy touring Ireland, the UK and Europe, opening for acts such as Villagers, Roy Harper and Lisa Hannigan (whose band they played in for her Irish tour, June 2016).

Following two critically acclaimed studio albums, Ye Vagabonds released their third album, Nine Waves, on Rough Trade’s River Lea label in May 2022. Nine Waves was recorded in the Dublin Mountains at Hellfire Studios, produced by John ‘Spud’ Murphy (whose previous work includes records by black midi, Lankum and caroline). The album features 11 tracks of both traditional and original songs and tunes.
Nine Waves follows the duo’s standalone single I’m A Rover, which won them an RTÉ Radio One Folk Award for Best Traditional Folk Track. Ye Vagabonds were also named Best Folk Group for the second time at the 2021 ceremony, where they hold the record for most awarded artists.
Funded by the Department of Tourism, Culture, Arts, Gaeltacht, Sport and Media