Whether you love it or hate it, there's no denying that LOVE/HATE is everywhere at the moment...including Pavilion Theatre - in the form of it's creator and writer, Stuart Carolan!
We're super excited that Stuart's debut play Defender of the Faith  is on its way to the shores of Dún Laoghaire.
Defender of the Faith comes to Pavilion Theatre for three nights from Thu 23 - Sat 25 Oct. You won't want to miss it!
Tickets from €16 - BOOK YOUR TICKETS NOW 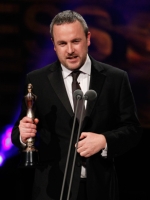 Stuart Carolan has rapidly established himself as one of Ireland’s freshest, edgiest and most compelling theatre talents of the 21st century. He’s the brains behind the savage beauty of the show and many other artistic masterpieces, on screen and on stage. One of these being the hugely successful TV Series LOVE/HATE. But where did it all start?
Stuart studied History at Trinity College Dublin and first entertained the Irish nation under the guise of Navan Man, a satirical character on Today FM’s The Last Word. He then turned to theatre and wrote his first play Defender of the Faith which won the George Devine Award when it premiered at the Abbey Theatre in 2004. Defender of the Faith then toured internationally, reaching Off Broadway and Glasgow. One reviewer noted,
“Carolan’s characters breathe fire.”
And it didn’t take long for the land of TV to recognize Carolan’s artistic flair for creating gripping characters and storylines. In 2008 Stuart turned to television writing, winning an IFTA nomination for his RTE project Little White Lies. He has since worked on a number of successful series, including RTE’s fast paced kitchen drama Raw and five series of the award-winning LOVE/HATE.

Now we're well and truely into the fifth season of LOVE/HATE and it's as thrilling as ever. Likewise, Defender of the Faith is a nail-biting thriller that will have you on the edge of your seats from start to finish. 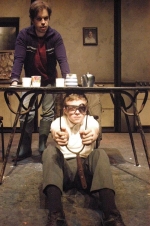 The play is a thriller set on an Armagh farm in 1986. It tells the story of an IRA family that are falling apart under the immense strain of suspicion and paranoia.
Defender of the Faith  comes to Pavilion Theatre for three nights from Thu 23 - Sat 25 Oct. You won't want to miss it!
Tickets from €16 - BOOK YOUR TICKETS NOW
Please Note: Contains strong language
Age Suitability: 15+