March into Spring at Pavilion Theatre! 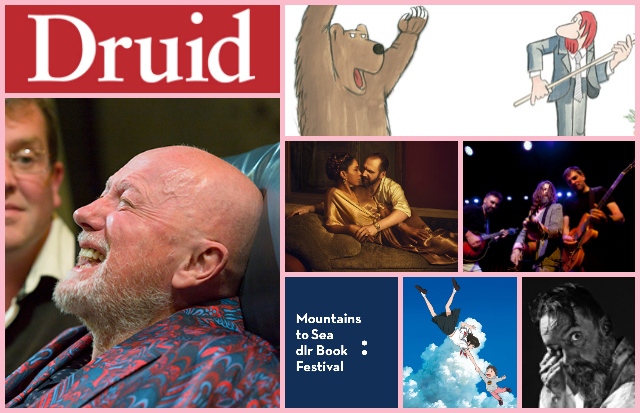 First off, the hilarious double act of Jon Kenny and Mary McEvoy returns in The Matchmaker by John B Keane (Sat 9 Mar).
We’re thrilled to be hosting Druid Theatre Company’s lighthearted comedy play Furniture by Sonya Kelly (Wed 20 – Sat 23 Mar). With a cast of well-known Irish actors including Niall Buggy and Helen Norton, Furniture has already earned two Irish Times Irish Theatre Awards nominations and promises to be one of the theatre highlights of the year.
No stranger to Pavilion Theatre, the talented Phelim Drew stars in Joxer Daly Esq. by Eddie Naughton (Wed 27 Mar), a fresh take on the playful scrounger from Seán O’Casey’s Juno and the Paycock.
Dún Laoghaire Musical and Dramatic Society (DMDS) returns to our stage with their production of Jekyll & Hyde (Tue 12 – Sat 16 Mar) based on Robert Louis Steveson’s classic split-personality horror story.

The most talked-about anime film of the year, Mamoru Hosoda’s Mirai (Sat 16 Mar) is a heartfelt time-traveling adventure for the whole family.
After the huge success of Penguins last year Cahoots NI is back with another must-see family show: Milo’s Hat Trick (Sun 24 Mar). Based on Jon Agee’s picture book, it’s a magical, musical adventure about a hopeless magician who needs to learn a new trick!

Mountains to Sea dlr Book Festival (Thu 28 – Sun 31 Mar) is back once again and the theme of the 2019 Festival is “Speaking with Strangers” with a lineup of truly gifted storytellers sharing their worlds of poetry, fiction and non-fiction.

A real-life David and Goliath story, The Lonely Battle of Thomas Reid (Sat 2 Mar, 4pm) stars Kildare farmer Thomas Reid in a dramatised version of his own 2011 battle against the IDA when they attempted to force him off his land to make way for an Intel plant.
And, as always, we have a brilliant lineup of Monday Night Cinema films to look forward to, including WWII drama The Captain (Mon 4 Mar), Keira Knightley in Colette (Mon 11 Mar) and Korean mystery thriller Burning (Mon 25 Mar).
_____________________________________
We hope to see you at one of these fantastic events in March. Tickets are available with free booking online or, alternatively, by calling our Box Office on (01) 231 2929. You can also keep up with us on Facebook, Twitter and Instagram.