November at Pavilion – Warm up with some great nights out! 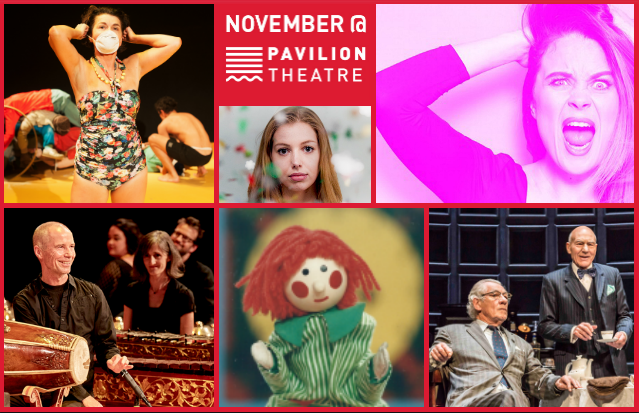 The days may be getting shorter, but the list of unmissable events at Pavilion Theatre is only getting longer! Read on for a taste of what’s coming up this month, including theatre, cinema, music, talks and more.
___________________

For one night only, Stephen Jones (Red Rock, Love/Hate) and Seána Kerslake (A Date for Mad Mary, Can’t Cope Won’t Cope) reprise their roles in From Eden (Sun 19 Nov), also written by Jones, which has already won the Stewart Parker Trust Award and seen wild critical and audience acclaim. The heartfelt story concerns two lost souls, Alan and Eva, who find themselves locked in a bathroom as a New Year’s Eve party continues outside. Tickets for this beautifully compact piece of modern theatre are already selling fast.
Provocative and fearless Irish theatre company Brokentalkers returns to Pavilion this month with This Beach (Thu 23 Nov), a gripping and timely response to the current refugee crisis in Europe. The plot centres around a family celebrating a wedding when a stranger washes up on their beach, seeking shelter…  Visceral, political and captivating, this is must-see theatre.
Another Stewart Parker winner, The Good Father (Wed 29 Nov) tells the story of two strangers who meet at a party and soon after find themselves tied together by an unplanned pregnancy. Written by 2017 Pavilion Patron Donation Artist Bursary recipient Christian O’Reilly and directed by Aonghus Óg McAnally, this is a fine display of home-grown talent.

Psychoanalyst Michael Murphy (Thu 9 Nov) is known for his fascinating Book of Dreams, and in “Speaking of Dreams” he and presenter Ciana Campbell will discuss just what our dreams mean. Attendees can expect an interactive experience, as Michael invites members of the audience to contribute their own dreams for analysis. The evening will also feature performances of poetry.
Joanne McNally’s hit one-woman show Bite Me (Fri 10 Nov) is an intensely personal story about her “amaaaaaaaaazing diet” with equal amounts of side-splitting hilarity and heartbreaking honesty. With triumphant run at the Edinburgh Fringe under her belt, there’s never been a better time to see this daring production.

Ireland’s favourite puppet, the effervescent and eternal five-year-old Bosco makes his (her?) annual appearance at Pavilion Theatre on Sun 5 Nov at 2pm and 4pm! This time the Paula Lambert Puppet Theatre is also telling the story of Cinderella to all the boys and girls. It’s the perfect way to finish off the mid-term break for little ones – tickets are selling fast.

American singer-songwriter Matthew E. White (Thu 2 Nov), drowning in accolades and acclaim for his debut album Big Inner, brings a suitcase full of classic tunes and brand new works-in-progress to Dún Laoghaire. An absolute must-see for existing fans and those who like the sound of jazz-inspired rock with a sprinkling of Americana.
Bringing with them a host of very special guests, the Irish Gamelan Orchestra (Sat 11 Nov) led by Mel Mercier will transform Pavilion’s auditorium into an oasis of calm for one night only. Ticketholders can expect new music played on authentic, newly forged Indonesian gamelan instruments alongside readings, song and dance from the likes of Joseph O’Connor, Julie Feeney and Colin Dunne.
Presented by Music Network, technically accomplished and unashamedly expressive French string quartet Quatuor Voce (Sat 25 Nov) breathe new life into classic works by Beethoven, Schubert and Bartók. Irish composer Rhona Clarke will also feature, with the quartet playing a brand new commission of hers. 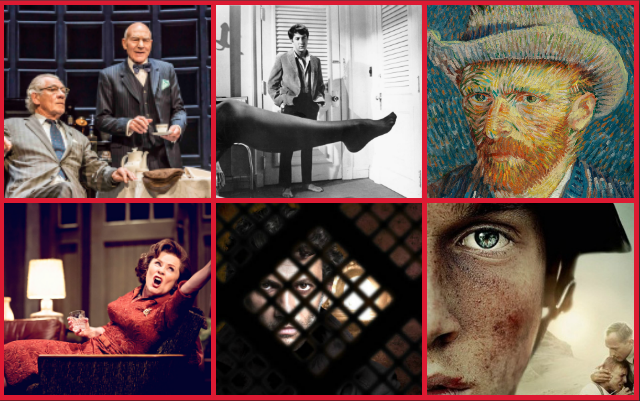 Customers looking for tickets to Ruby Wax (Fri 3 Nov) or Hothouse Flowers (Fri 24 Nov) can click to add themselves to the waiting list for these sold out shows.
___________________
We hope you’ll join us for some of these great events as the evenings turn in. Join the conversation by following us on Facebook, Twitter and Instagram, avail of free booking online at www.paviliontheatre.ie or pick up the phone and call our Box Office on (01) 231 2929.