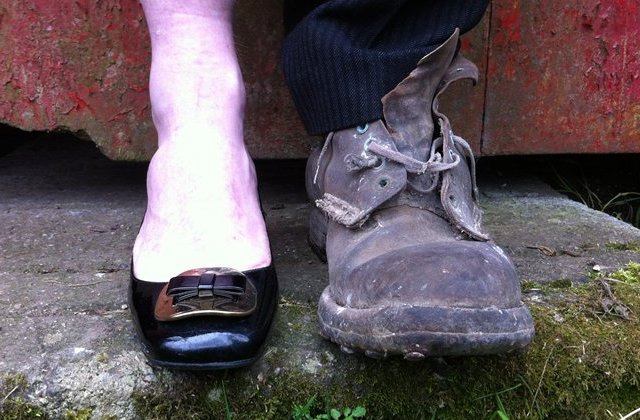 'The Man in the Woman's Shoes' - nominee for Best New Play in the Irish Times Awards 2014 - returns to Pavilion Theatre on 17 May.

It’s October 1978. Pope John Paul I is not long dead, and Pat Farnon has ‘some business’ to do in town. The Man In The Woman’s Shoes follows Pat as he walks the 5 miles from his wee white cottage to town and back. He is an ageing man with a boundless enthusiasm for life. Hilariously funny, tender and at times downright daft, The Man In The Woman’s Shoes, will leave you uplifted and in love with life again.

The show was originally commissioned by Sligo County Council Arts Service and the Hawk’s Well Theatre, Sligo as part of the Bealtaine Festival.