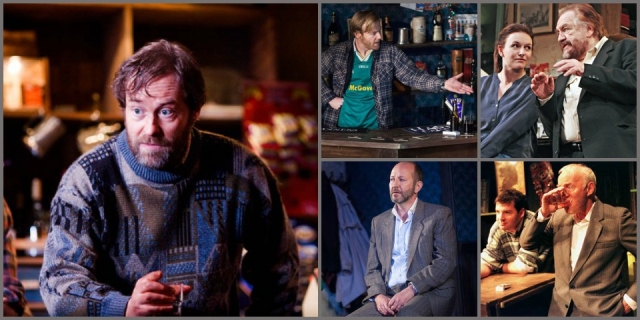 Conor McPherson’s play The Weir (1997) achieved critical and popular success at three world-renowned theatres in the late 1990s: the Royal Court in London, the Gate in Dublin, and the Walter Kerr in New York. In London, it won the Lawrence Olivier Award, George Devine Award and Evening Standard Award as the Best New Play of 1997–98. The Weir received acclaim in the USA too, receiving the Critics’ Circle Award for Best New Play.

In New York, where The Weir ran for eight months on Broadway, the New York Times’s Ben Brantly described the play as “beautiful and devious” and hailed the playwright, only twenty-seven at the time, as “a first-rate story-teller” and “quite possibly the finest playwright of this generation.” The original production, directed by Tony award-winning Ian Rickson, went on to further triumphs in Toronto and Belfast, and The Weir has been staged, almost always to fine reviews, by troupes in Boston, Philadelphia, Pittsburgh, Los Angeles and Melbourne. Of particular note were productions of The Weir by the Steppenwolf Company in Chicago and the Round House Theatre in Washington.

More recently, The Weir, due to premier status as a “play of plays” (Michael Billingdon, chief theatre critic of The Guardian), has been presented in 3 powerhouses of the UK/Irish theatre scene, namely 7 years ago in The Gate (Dublin), The Donmar Warehouse (London) in 2013 and The Lyceum (Edinburgh) this year. As you will see that The Weir live up to its name from the reviews for The Donmar Warehouse’s production:

“A treat for newcomers to the play and a chance for those who know it to savour its emotional profundities afresh. “ ★★★★★ Daily Express

“Pitch-perfect,  I have no doubt that The Weir is a modern classic.” ★★★★★ Daily Telegraph

“I sat compelled throughout.” ★★★★ Financial Times

“Enthralling… The entire beauty and sadness of humanity flower before us.” ★★★★ The Times

“A contemporary classic.” ★★★★ Mail on Sunday

“A mesmorising and haunting night.” ★★★★ The Stage 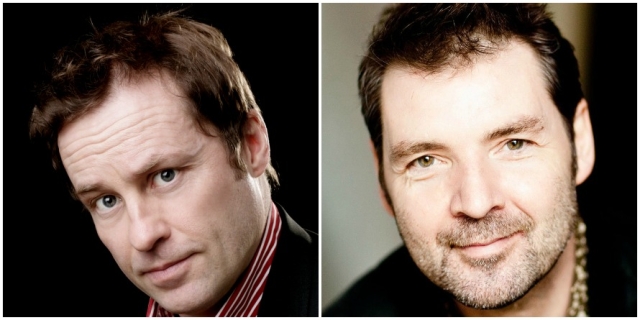 Actors within productions of The Weir have been nominated for a slew of awards too. Most recently, Ardal O’Hanlon A.K.A Father Dougal was nominated in the 2014 Olivier Awards for Best Supporting Actor for his performance in The Weir. While Brendan Coyle, known for his performances in Downton Abbey, won the Olivier Award for Best Performance in a Supporting Role for The Weir in 1999. The depth of McPherson’s characters have routinely caught the eyes of the upper echelon of critical circles.

The Weir by Conor McPherson will play for 18 performances in Pavilion Theatre from July 12th to 30th. Book your tickets now. Quietly compelling and strangely chilling, The Weir is the perfect story for a summer’s night. Decadent Theatre Company's production marks the first major Irish revival and national tour of The Weir, an undoubted modern classic. This play is a co-production between Decadent Theatre Company, Pavilion Theatre, Town Hall Theatre and The Everyman.