5 reasons to see On Blueberry Hill by Sebastian Barry 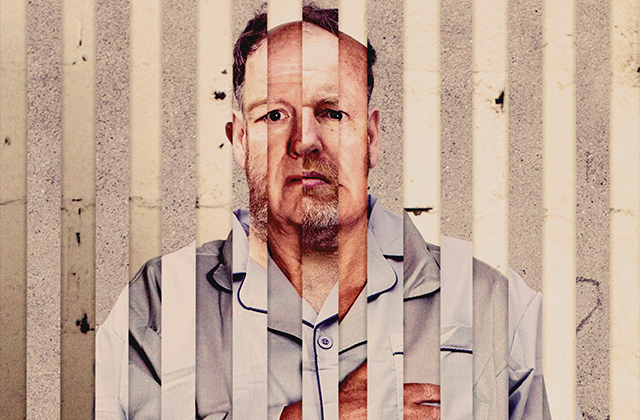 Fishamble’s On Blueberry Hill by Sebastian Barry makes its triumphant return to Pavilion Theatre for six performances this February (Tue 12 – Sat 16 Feb)!
We can’t recommend this poignant and powerful play enough; here are just five reasons to book a ticket.
_______________

On Blueberry Hill was written by Sebastian Barry

Sebastian Barry is an award-winning author, who has written poetry, novels and plays. He began his literary career in 1982 with the novel Macker’s Garden. It was in 1986 that Barry wrote his debut play The Pentagonal Dream.
Since then he has penned hugely popular plays like The Pride of Parnell Street and even made it onto the Man Booker Prize longlist for his novel Days Without End. Barry currently holds the prestigious position of Irish Laureate for Fiction.

Niall Buggy has worked on stage and on screen. Some of his key roles include The Gate’s production of Uncle Vayna by Brian Friel as well as an Olivier award-winning performance in Dead Funny by Terry Johnson. Buggy was also featured in Mamma Mia! (2008) but perhaps his best-known performance was as the sherry drinking Henry Sellers in Father Ted. You’ll also be able to see Buggy perform in Druid’s Furniture by Sonya Kelly this March!
David Ganly also brings a lot of experience to his role as PJ. Ganly, like Buggy, has also played the lead in Uncle Vanya, this time in Chekhov’s version at St. Luke’s Quarry Theatre. He has appeared in work by Oscar-winning playwright Martin McDonagh as well as RTÉ’s Charlie.

On Blueberry Hill is produced by Fishamble

Fishamble is an Oliver award-winning Theatre Company from Ireland. They pride themselves on discovering and developing new works. In 2018, Fishamble celebrated 30 years of new plays in Ireland with a huge variety of work to their name. They have worked with Pat Kinevane on his solo plays Forgotten, Silent and Underneath as well as his new play Before which is coming to Pavilion Theatre on Thu 21 and Fri 22 Feb. Fishamble produced Colin Murphy’s theatrical docu-dramas Guaranteed! and Bailed Out! as well as his latest work, Haughey|Gregory, which is also coming to Pavilion Theatre from Thu 25 to Sat 27 Apr.
To celebrate three decades producing Irish plays, Fishamble’s A Play for Ireland initiative is currently underway in collaboration with six theatres across the emerald isle. Pavilion Theatre is delighted to be a part of this exciting opportunity for Irish playwrights to capture the zeitgeist of the nation. There are currently 30 different plays being developed.

On Blueberry Hill is a hit with critics

"It's hard to find a word that captures it adequately. Superb' will have to do" – The Irish Times
★★★★ "An inspiring play" - The Sunday Times
"Radiant"– New York Times
"Beautifully shaped, mesmerizing, and mysterious"– The New Yorker

On Blueberry Hill is back in Dún Laoghaire by popular demand

During its world premiere staging at Pavilion Theatre as part of Dublin Theatre Festival 2017 On Blueberry Hill really resonated with Dún Laoghaire audiences – in part due to how close to home it was, much of the opening act being set not far from the theatre.
After a handful of special performances including one at Mountjoy Prison, the production was brought over to New York’s 59E59 Theatres. It was a huge success with reviews coming in from The New Yorker and The New York Times.
Now, more than a year after its premiere, On Blueberry Hill is coming back to where it all started here in Dún Laoghaire – and we're thrilled about its return.
_______________
Tickets are available with free booking online or, alternatively, by calling our Box Office on (01) 231 2929. You can also keep up with us on Facebook, Twitter and Instagram.