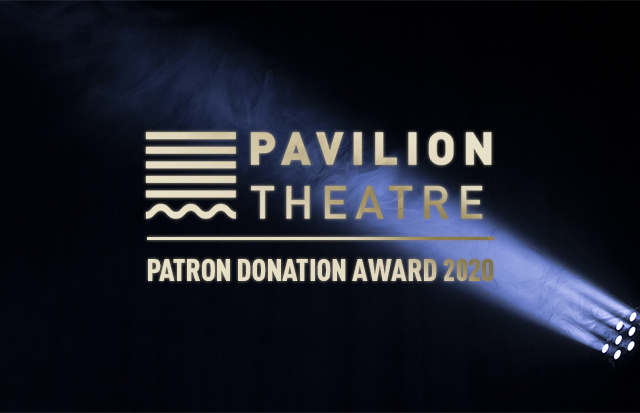 Pavilion Theatre is delighted to announce its Patron Donation Award 2020 for artists, companies and producers in theatre, music and dance. In addition, this year the awards are open - for the first time - to venues and festivals.

Since 2015 Pavilion Theatre has supported artists and companies across the performing arts in a variety of ways including mentorship programmes, short-term residencies in Pavilion Theatre’s first floor Gallery space, a wider range of co-commissions, co-productions and the Patron Donation Award for artists, companies and producers in theatre, music and dance.
Recipients of previous awards include Livin' Dred, Landmark, Replay Theatre Company, Bombinate Theatre, Branar Theatre Company, Rory Nolan/Sarah Cregan,Kellie Hughes, Sonya Kelly, Anna Newell, Christian O'Reilly, Janet Moran, Una McKevitt, Lords of Strut, and to name a few.
The purpose of the Patron Donation Award is to support applicants to research, develop and complete projects which are original and ambitious and which, at the same time, demonstrate relevance to Pavilion Theatre’s audiences and venue capacity (midscale, 324-seater theatre).

This award is made possible by the generous private donations of Pavilion Theatre’s loyal patrons. For 2020 Pavilion Theatre is matching these donations and it is likely the total fund available will be €65,000. Maximum amount granted will be €7,500.
Artists, companies, producers, venues and festivals are invited to submit an application, which is available here and below.
Proposals will be assessed by an expert panel according to the criteria published below and applications will be shared with all panellists. The panel will make recommendations and their decision will be final; it will be made in a competitive context of limited resources.  Pavilion Theatre will not be in a position to enter into correspondence with applicants or offer feedback at any stage of the process.
Conditions will apply to funding offers including:
Funding will be drawn down in three tranches, the first on formal acceptance of the award/start of the project, the second midway through the project and the final on completion of project. A small percentage of the funding will be withheld until a deal is in place to present the work at Pavilion Theatre. Pavilion Theatre reserves the right to withhold the final payment should the conditions not be met.

Applications will be assessed according to the following criteria:

Artists, companies, producers, venues and festivals will first apply through a form which is available for download by clicking here.