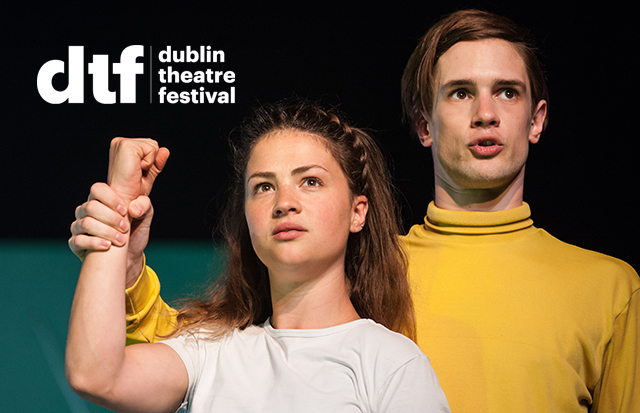 Us/Them is based on true events

In the town of Beslan on the border region between Russia and Chechnya, the first day of the school term in September 2004 was shattered when Islamic terrorists stormed School Number One and took over 1,000 people hostage including 777 children. They were held for three days without food or water and a botched rescue attempt by Russian forces resulted in 336 deaths. This is the real-life incident which inspired the creation of Us/Them.
In 2017 the European Court of Human Rights ruled that the Russian government had not taken sufficient steps to prevent the tragedy and used excessive force in bringing it to an end, awarding compensation to the victims. As of 2019, no official investigation into the incident has been conducted by Russia and the victims still have no definitive account of what happened.

Since its first performance in the Dutch language in 2014, Us/Them has been translated into two further languages (including English) and performed around the world. It has achieved the rare feat of selling out its entire run at both Edinburgh Festival Fringe and London’s National Theatre.
Complementing its popularity with audiences has been a rapturous critical reception. Five-star reviews from The Telegraph, The Guardian and The Stage have described the play as “unforgettable”, “remarkable” and “outstanding”, while The Times called Us/Them “an innovative piece of theatrical storytelling” in its four-star review.

Us/Them was written by Carly Wijs

Carly Wijs is an accomplished actor, writer and theatre-maker from Amsterdam. In her native Netherlands, she is best known for her recurring role in the hit TV series Divorce, although she has extensive experience on both stage and screen. As a writer, her debut novel The Doubt Experiment was nominated for a Bronze Owl – awarded for excellence in Flemish writing – and as a playwright she has found massive success with Us/Them.
Wijs was inspired to write the play after her son told her about a news report he had seen on TV dealing with a terror attack in Kenya. His aloof and casual description struck her as very different to how an adult might interpret events, and after viewing BBC’s Children of Beslan documentary she realised she could retell this tragic story from a child’s unique perspective.

Movement is as vital to Us/Them as speech, with actors Gytha Parmentier and Roman Van Houtven delivering intensely physical performances as two primary school-age children caught up in the chaos of a terror attack.
From bare beginnings, the pair enthusiastically conjure up their world using chalk on the walls and floor. The set requires more and more skill to navigate as strings appear from all directions, creating a web of obstacles representing the claustrophobic gymnasium of School Number One.

Us/Them is an award winning play

Us/Them has been recognised as an outstanding piece of theatre both in Belgium and abroad. It was selected for Het Theater Festival, a showcase of the year’s best Flemish performances.
At Edinburgh Festival Fringe, the play received no fewer than three awards, including for Production, Best Actress and a prestigious Scotsman Fringe First Award – given to the festival’s finest examples of new writing.
_____________________________
We hope you'll join us for what will be one of the highlights of Dublin Theatre Festival.
Tickets are available with free booking online or, alternatively, by calling our Box Office on (01) 231 2929. You can also keep up with us on Facebook, Twitter and Instagram.