Subtitle Film Festival is back! 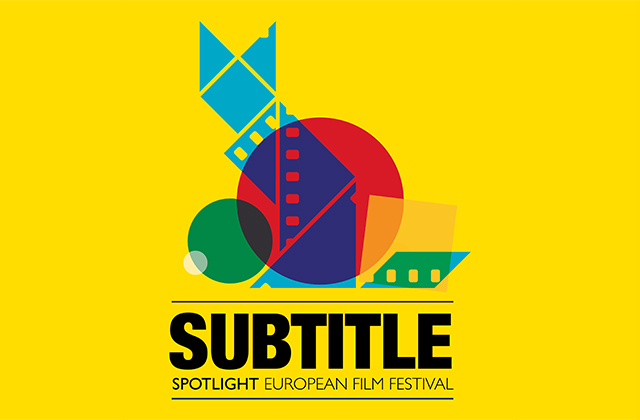 Finland’s highest-grossing film ever, this harrowing and gripping war story charts the progress of the “Winter War” between Finland and the USSR in the early months of World War II. Although grand in scale the focus is kept on a small group of ordinary Finnish soldiers, adding an emotional depth to the images.
Styx (Germany) | Fri 1 Feb, 6pm

What should have been the adventure holiday of a lifetime turns disastrous in this gripping tale of a German doctor who discovers a sinking boat full of refugees during her solo journey across the Atlantic. This timely, humane film features an arresting central performance from Susanne Wolff.
A Horrible Woman (Denmark) | Fri 1 Feb, 8pm

Boy meets girl, but with a twist. With surgical precision, Danish director Christian Tafdrup (Parents) documents the formation, blossoming and eventual breakdown of a modern relationship that seems too good to be true – because it is. A wickedly insightful and (all too) relatable film.
The Benefit of the Doubt (Belgium) | Fri 1 Feb, 10pm

Sympathy contorts into suspicion among friends and family after a seemingly innocent young father is brought in for questioning about a murder case. Samuel Tilman’s tightly wound thriller is a must-see for lovers of European crime dramas.
At War (France) | Sat 2 Feb, 12pm & Sun 3 Feb, 12pm

A searing parable for the modern age, At War follows a group of more than a thousand employees and their fiery spokesman (Vincent London) as they battle to save their manufacturing jobs and the plant they work at. Its sustained standing ovation at Cannes 2018 should be motivation enough to see it for yourself.
The Trouble with You (France) | Sat 2 Feb, 2.30pm & Sun 3 Feb, 2.15pm

Buckle up for a screwball romantic comedy of epic proportions with this film from director Pierre Salvadori (Hors de prix). A widowed police detective discovers her “hero” husband was actually a crooked cop and finds love while attempting to right his wrongs.
Faces Places (France) | Sat 2 Feb, 4.45pm

In the year of her 90th birthday, this documentary sees iconic filmmaker Agnès Varda forging an unexpected collaboration with photographer JR as they embark on a road trip to create art in France's rural villages.
Coach (Russia) | Sat 2 Feb, 6.45pm

Football fans in particular will love this one! Telling a moving human story as well as exposing the corruption in Russian soccer, Coach follows a national player who is exiled after a missing a crucial penalty. His career in tatters, he starts anew coaching a provincial club with big dreams.
The Realm (Spain) | Sat 2 Feb, 9.20pm

Corruption, lies and scandal abound in this fast-paced political thriller. When a beloved politician (Antonio de la Torré) with a taste for public funds is at risk of being exposed, he goes to great lengths to protect his reputation.
C'est la vie (France) | Sun 3 Feb, 8pm

Having already played to packed audiences at Pavilion Theatre in October, here is another opportunity to see the latest comedy from the team behind Les Intouchables – for the first, second or fifth time! Everything that can go wrong does go wrong when a couple hire a hilariously incompetent staff to manage their wedding in a 17th-Century chateau.
____________
Tickets for all films are on sale now from our website. For more information and updates, be sure to follow us on Facebook and Twitter. See you at the festival!